(April 1, 2021 Winnipeg, MB)   On April Fool’s Day in 1981, at the age of 27, Doug Harvey purchased what was dubbed at the time ‘the losingest’ International Harvester dealership in all of Canada. The Winnipeg dealership - where Doug was working as a Sales Rep - had suffered losses of $250,000 a year for three straight years and interest rates had soared to nearly 20%. He had to assure his wife at the time that taking out a second mortgage on their home to buy into the business was not an April Fool’s joke!

“The first couple of years dealt with pure survival,” says Doug Harvey, Owner of Maxim Truck & Trailer. “Profitability and growth were distant issues back in 1981.” For years, Doug worked on changing every aspect of the business by focusing on what the customer wanted. Indeed, many of the company’s acquisition and expansion moves in later years were spurred by customer needs.

Today, under the Maxim Truck & Trailer banner, the dealership group celebrates 40 years in business having not only survived the stock market crash of 1987, the Global Financial Crisis of 2008 but most recently the COVID pandemic of 2020. Maxim Truck & Trailer has not only survived but has grown and evolved into one of the most successful heavy-duty truck and trailer dealership groups in Canada.

Taking over as company President in 2016, Troy Hamilton recognizes, “Maxim’s success is a team effort. From taking care of our customers to chipping in to help the charities we support. Our employees represent our brand and drive our business forward.”

“Maxim has endured and prospered for 40 years by focusing on the customer, having the best people and giving back to the community,” says Doug Harvey. “That blueprint for success holds as true today as it did 40 years ago.” 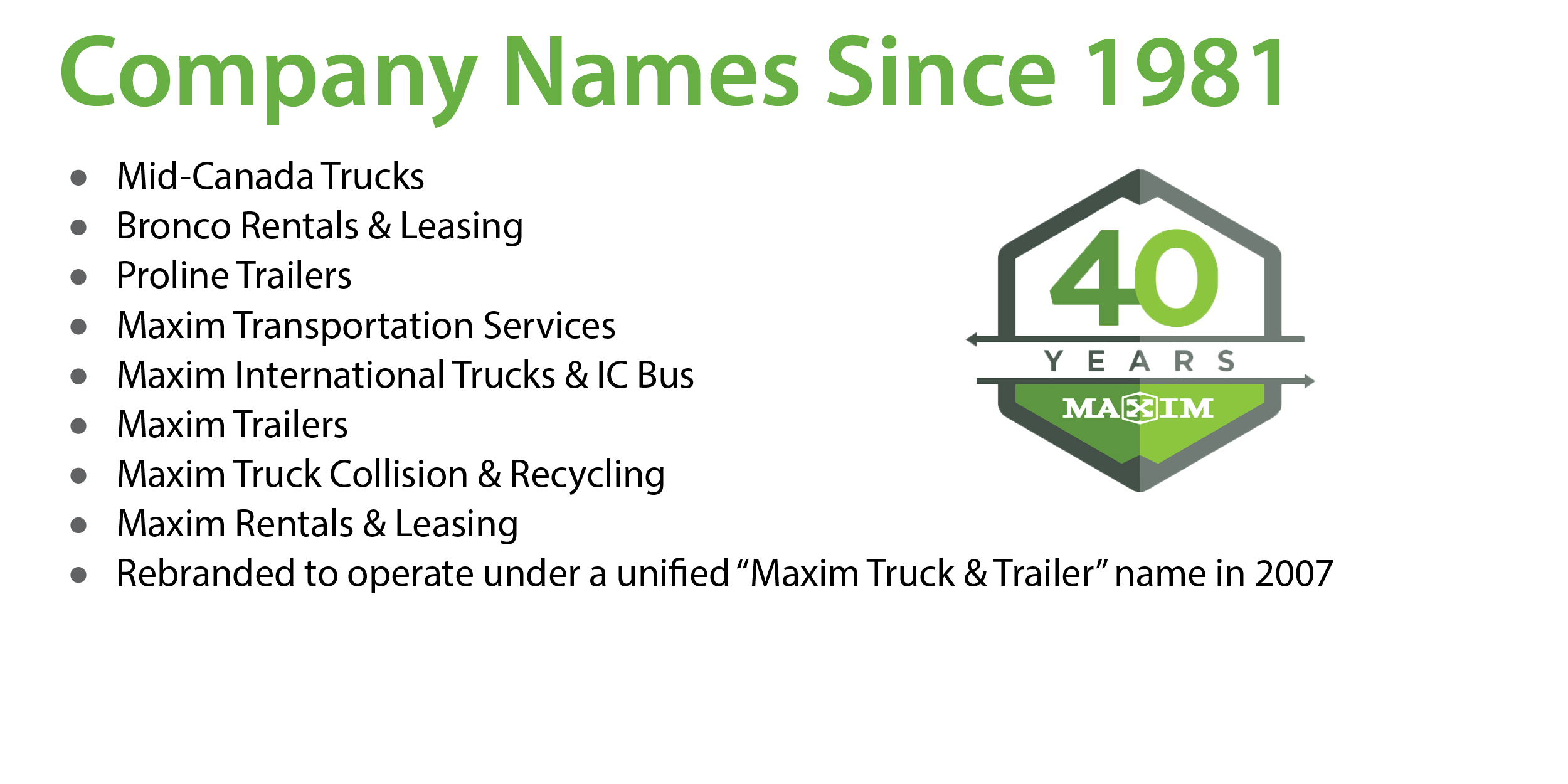