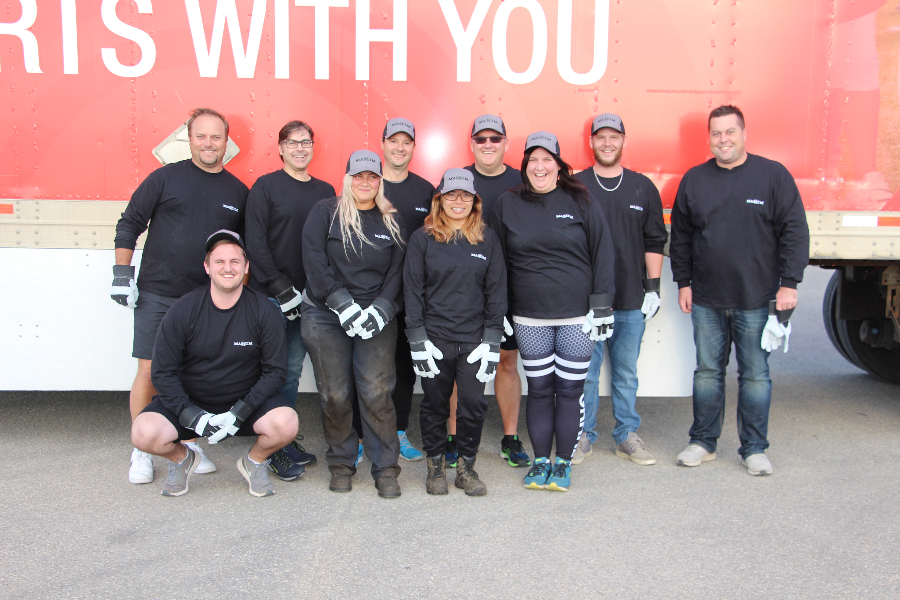 On Friday, Sept 9, 2022, the Manitoba Trucking Association capped off a busy schedule of National Trucking Week events with a truck pull hosted by Maxim Truck & Trailer at their head office location in Winnipeg. The long-standing Charity Truck Pull for the United Way was back this year after a two-year hiatus. This year, 12 Manitoba teams from the transportation industry participated in the event. The truck being pulled was a fully electric International MV straight truck. Each team was made up of 10 participants each pulling the truck for 125 feet from a dead stop hoping to record the fastest time.

Congratulations to the Transolutions Truck Centres team on their first place showing among twelve teams, pulling the first fully electric straight truck in Manitoba 125 feet in 14.1 seconds.  After tying for second place in the first round, Maxim Truck & Trailer emerged as the second place winner with a time of 15.33 seconds, followed closely by Bison Transport with 15.64 seconds.

“Maxim was proud to host this great event,” says Maxim President Troy Hamilton who pulled for team Maxim. “There were lots of laughs and it was a fun time. When it was announced that Transolutions had won, there were rumblings about a training schedule and tryouts for next year.”

All proceeds from the event go to support the United Way. Almost $10,000 was raised for the United Way Winnipeg through this event.

Other activities held in Manitoba for National Trucking Week included a golf tournament, a driver appreciation BBQ at the weigh scales in Headingly and Emerson weigh scales and the distribution of scholarships for both academic and apprenticeship award recipients.

Thank you to everyone who supported National Trucking Week events to recognize the importance of truckers and the transportation industry. 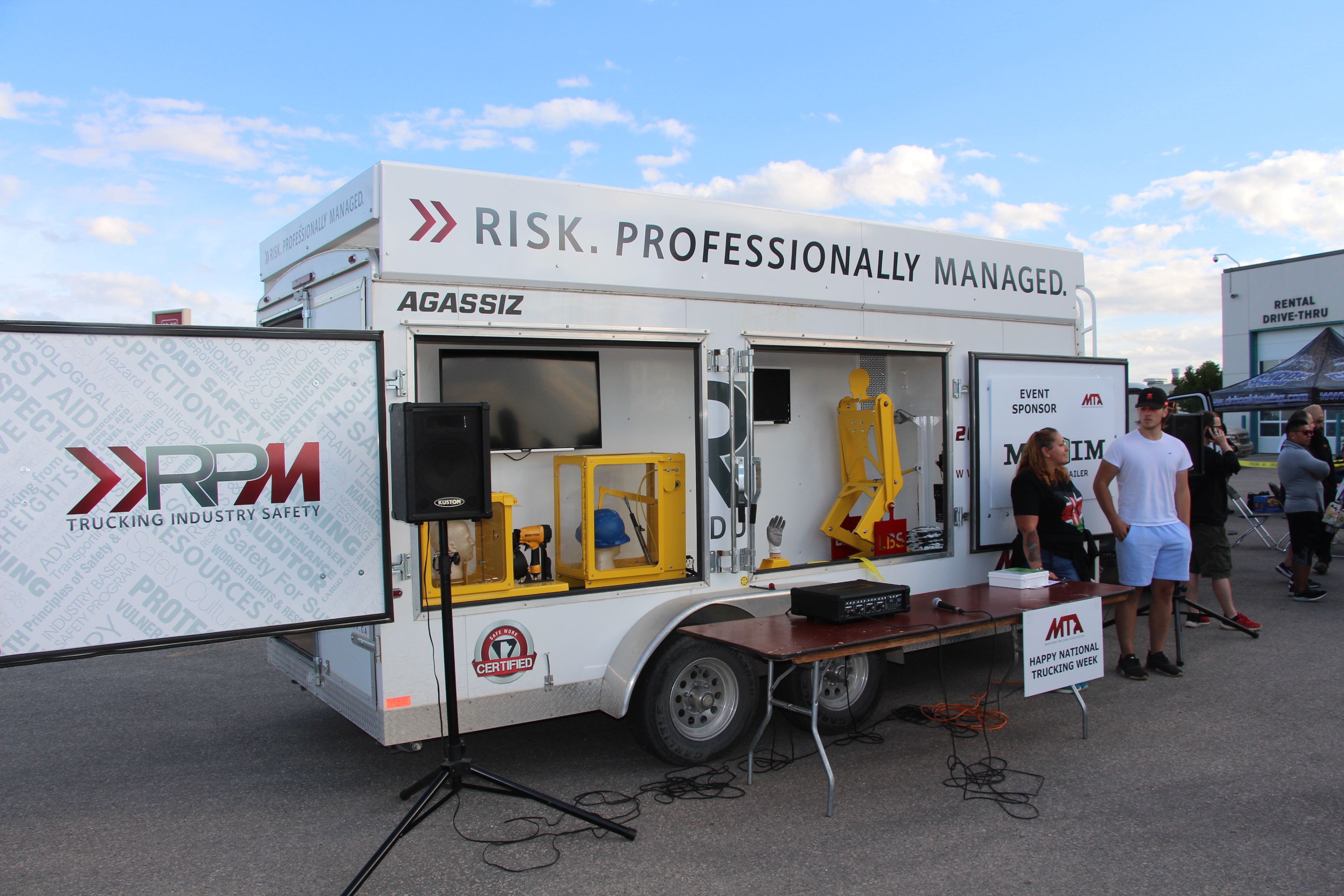 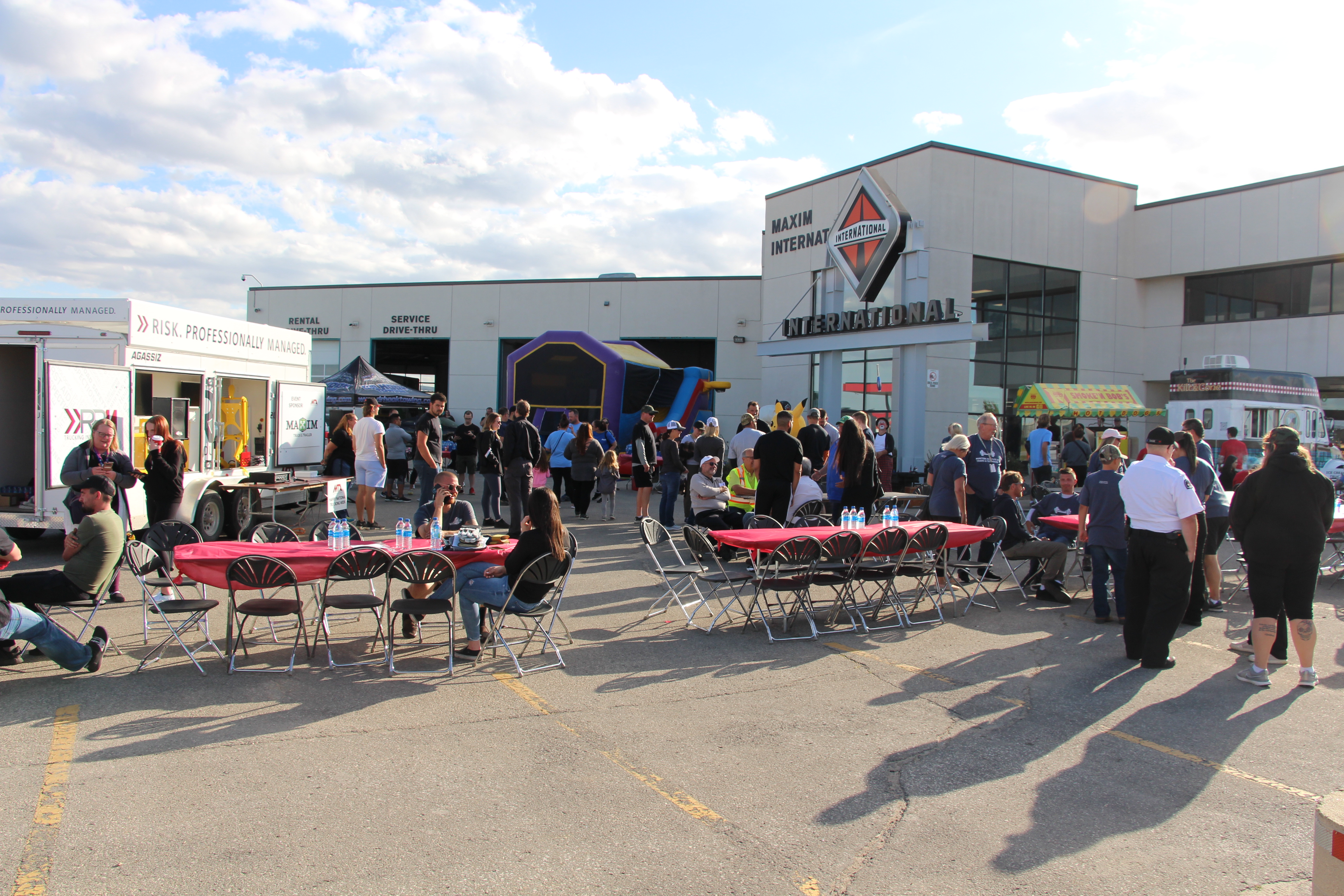 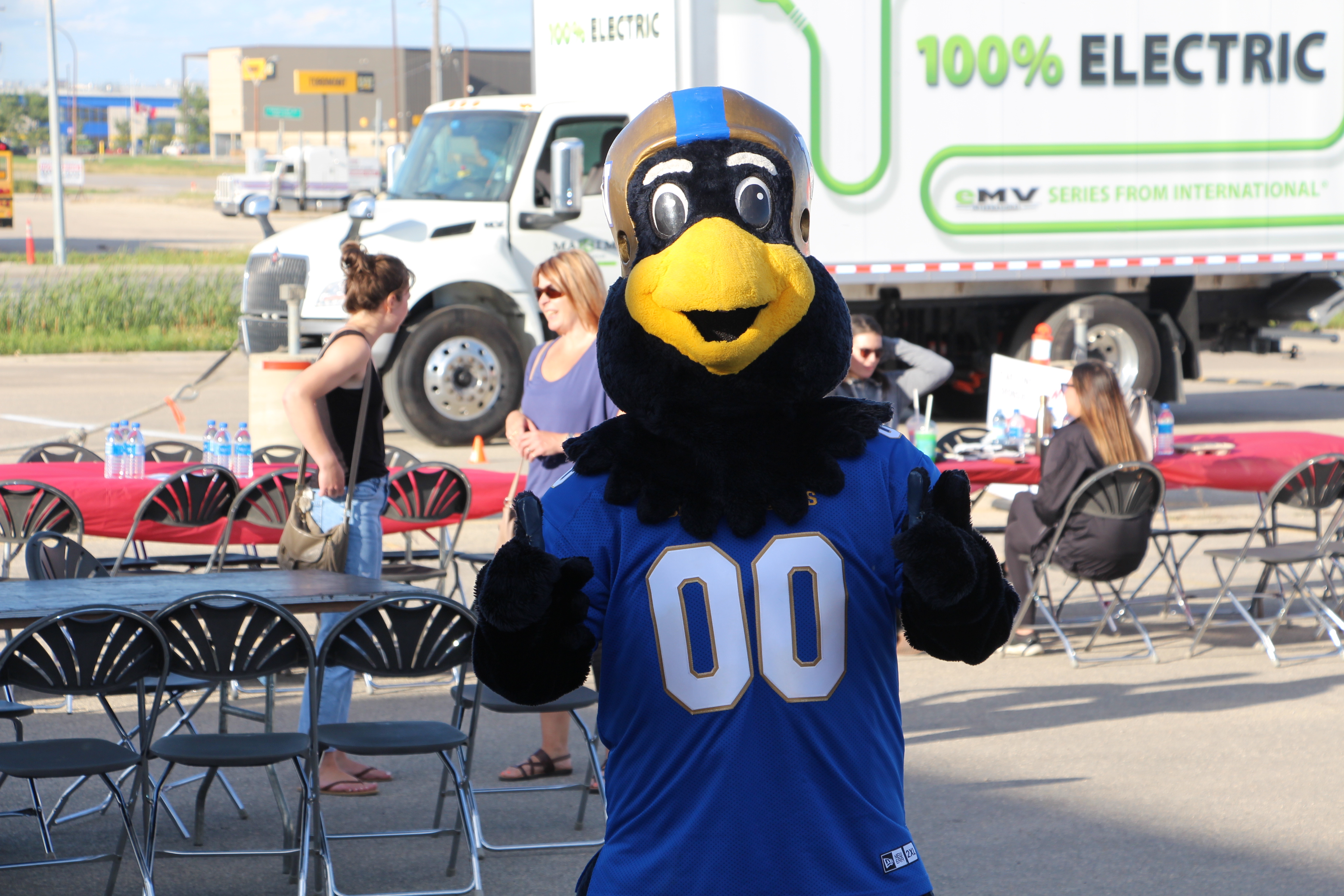 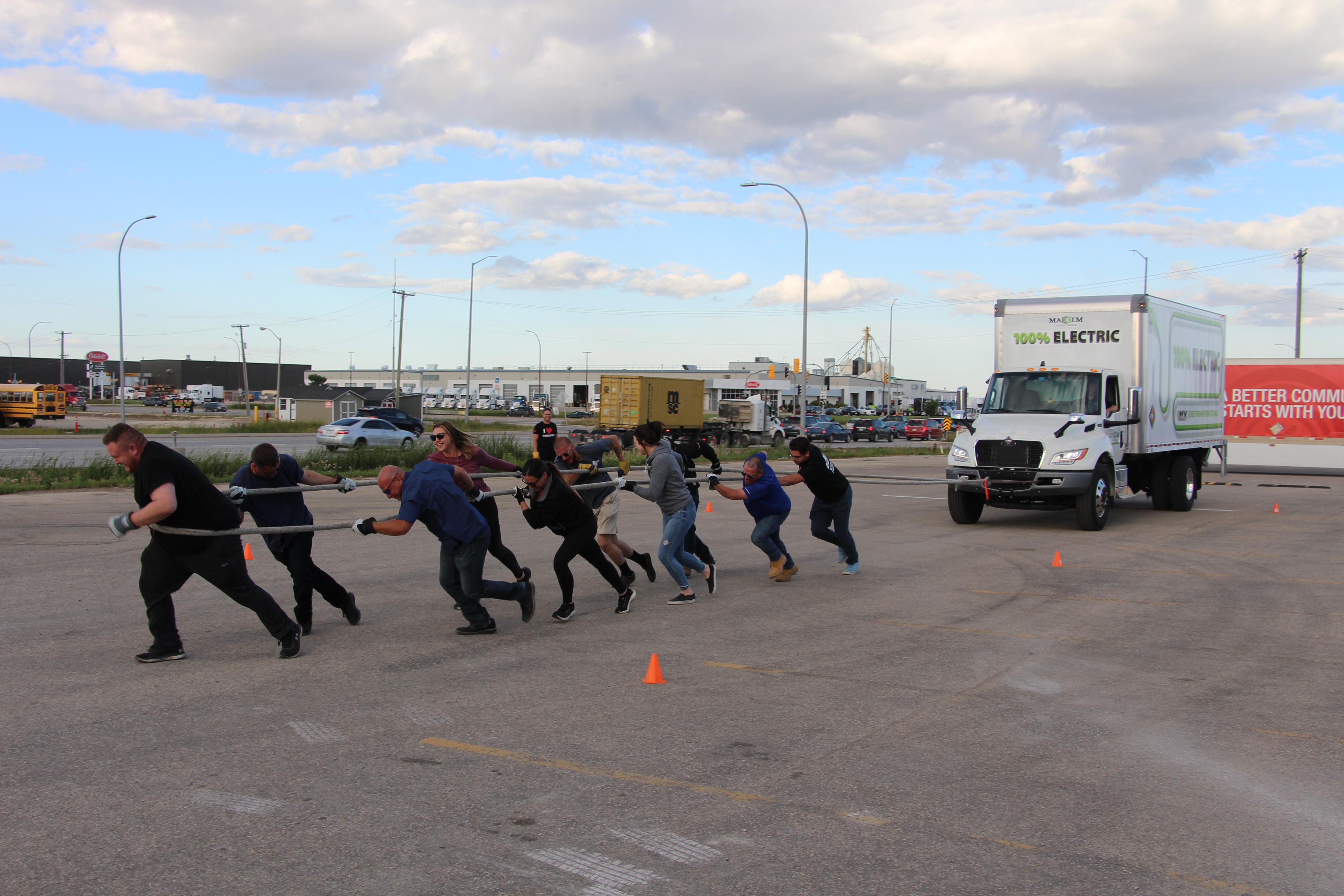 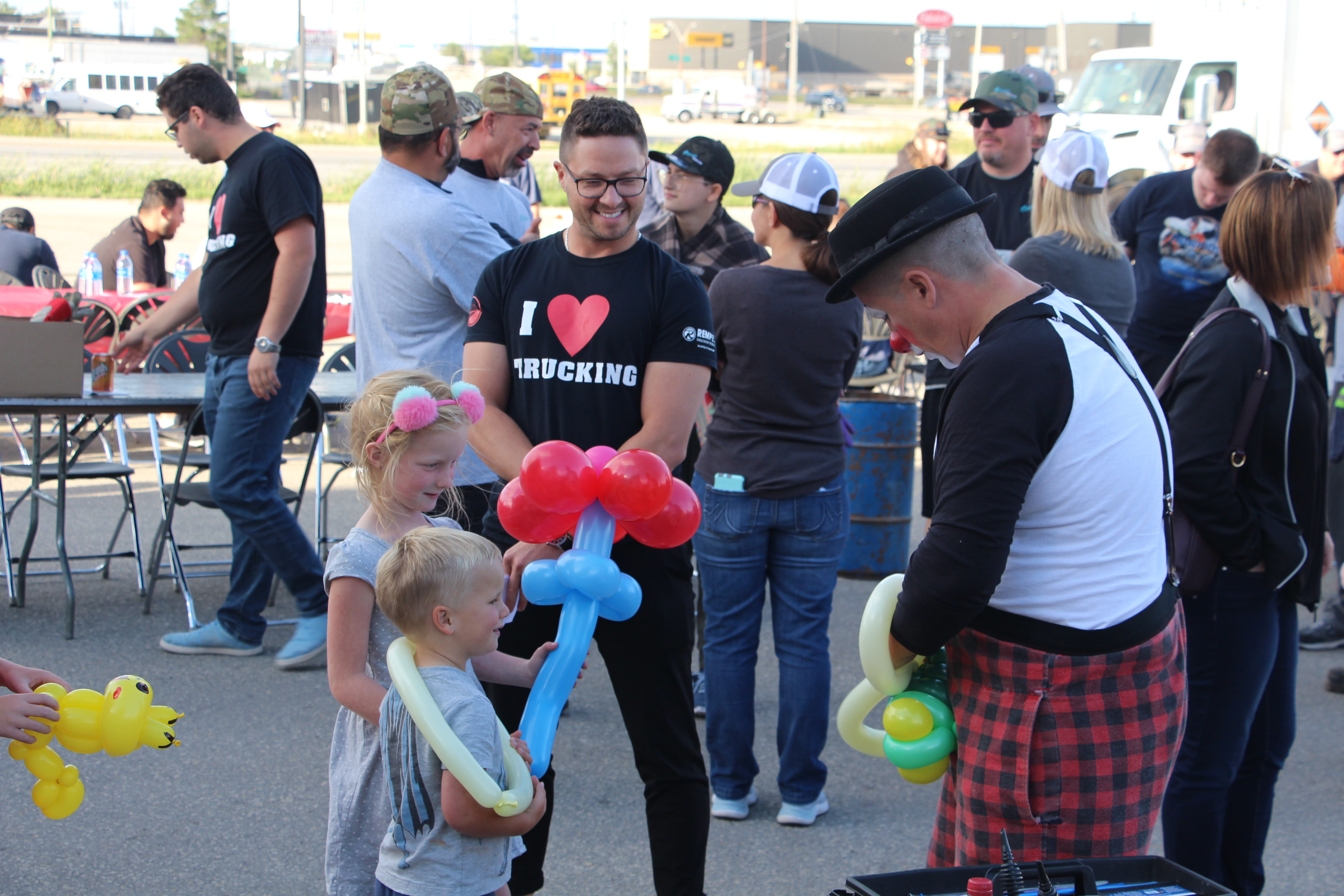 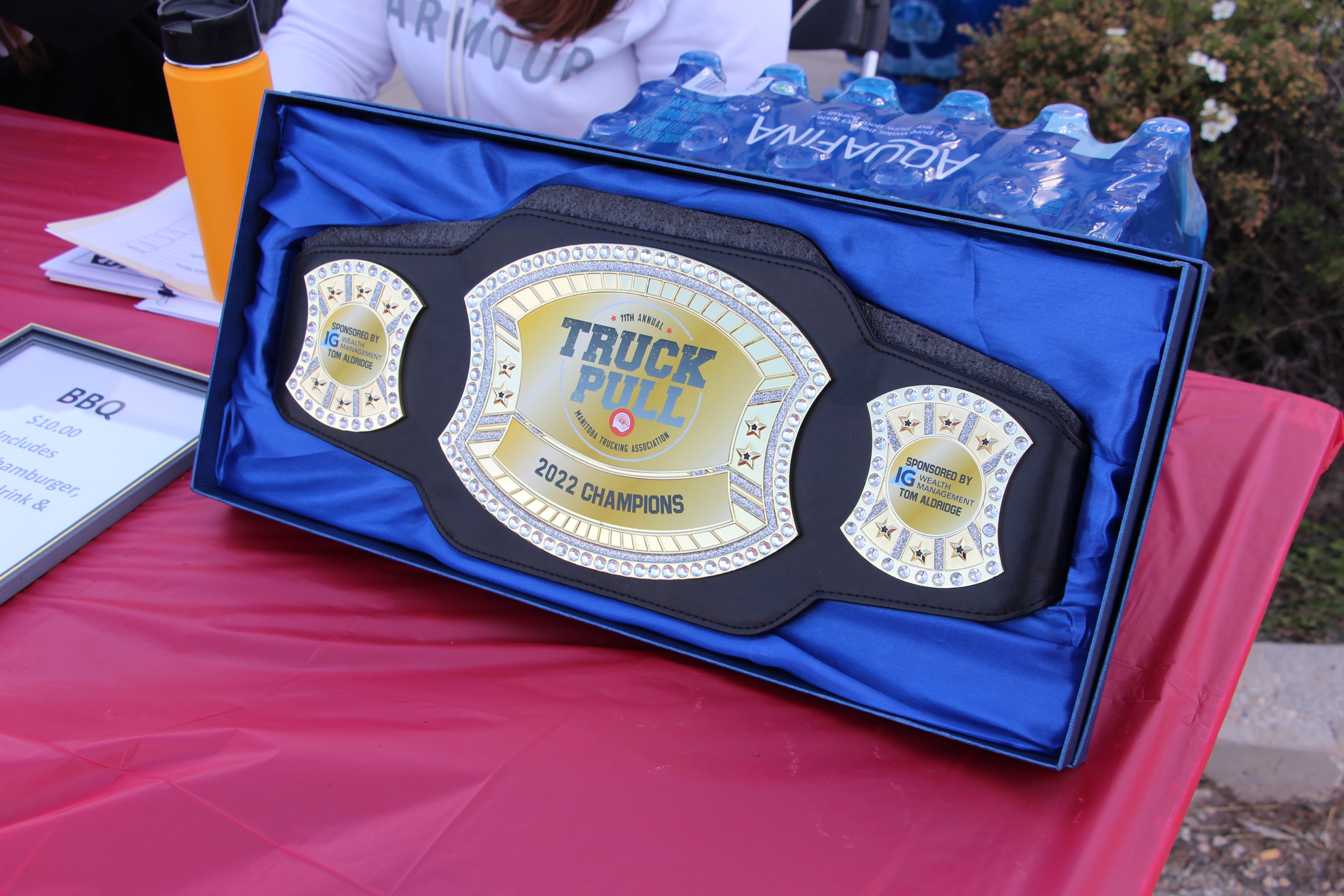