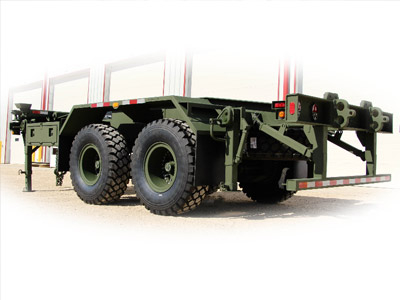 Arne’s Welding Ltd., a subsidiary of Maxim Truck & Trailer, has recently won a contract worth up to $20 million to produce 300 Load Handling System Trailers that will be used by the Department of National Defense of Canada. The contract also includes the provision of spae parts for up to 30 years and the option for an additional 270 trailer units potentially bringing the total contract to $38 million. Production on the 300 unit order is ramping up at Arne’s Welding’s Winnipeg plant with the first unit delivered in April 2017. All units are due to be completed and delivered by March 2019. Work is also expected to start soon on the first batch of spare parts, as part of an Initial Parts Provisioning plan.

The lengthy government and military procurement process began over four years ago. It included tendering, regulatory approvals, building and field testing a prototype and finalizing the specs on a unique trailer that will be used to haul containers and flat racks for the Canadian military. The units will be deployed at six Canadian Forces bases across Canada.

“We are excited to begin production of these trailers,” says Butch Bouchard, President of Arne’s Welding. “Winning this contract is a testament to the quality and durability of all the trailer products we manufacture at Arne’s.” Arne’s Welding is building the trailers under license as a subcontractor to Link Suspension Canada.