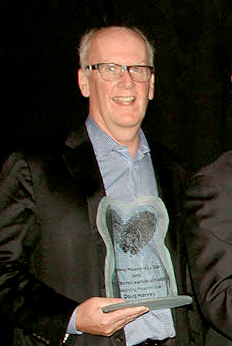 Doug Harvey grew up in the Fort Gary area of Winnipeg and graduated from the University of Manitoba. He has created and maintained jobs for hundreds of people across Canada through his companies, Maxim Truck & Trailer, Arne’s Welding, and Summit Trailers. He inspires philanthropic spirit in his staff, encouraging them to give back through volunteering and fundraising. His influence and generosity has touched many lives in the community.

AFP acknowledges Doug for his support of Cancer Care Manitoba Foundation, the Canadian Museum for Human Rights, and Assiniboine Park Conservancy. They say he has made a huge impact in the progress of Winnipeg. His optimism and passion has made him an influential and highly respected business leader. Doug believes that when a city has the opportunity to do something world class, the local community needs to get behind it, and he leads by example.

Doug is the board chair of the cancer care Manitoba foundation, and will also be chair of the planning committee for the upcoming capital campaign. Doug is a true leader in his community. His impact in Manitoba and across Canada is immeasurable, and he shows no signs of stopping.

Led by Doug’s initiative, Maxim supports community organizations, and sponsors arts, culture, education, health, and sports initiatives in cities throughout Canada. Every year a percentage of Maxim’s revenues are donated to charity.