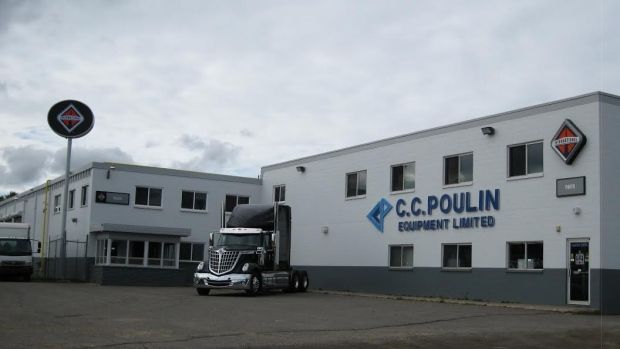 C.C. Poulin, which has 30 employees and annual revenue of $12 million, will continue to operate under its own name until Oct. 31, 2014, at which time its systems and branding will switch over to Maxim.

Dan Poulin who was President of C.C. Poulin and is now General Manager as well as his brothers, Dale (Service Manager) and Darrin (Parts Manager) have signed contracts to stay with Maxim for at least five years.

“We're pleased that Doug Harvey was able to take all of our employees and there was no disruption to their benefits or wages. That was very important to us.” said Dan.

Maxim’s acquisition of C.C. Poulin is only the most recent of many moves by Maxim to increase its national reach and provide added value to customers, including: • Solomon and Son’s, a truck, trailer, and heavy duty repair shop in Dryden Ontario has joined Maxim as an affiliate location. Solomon and Son’s has been serving Northwestern Ontario for over 30 years and is a full service truck, trailer and manufacturing and machine shop. • Maxim is putting the finishing touches on a $5 million investment in a brand new dealership in Brandon, MB. The state of the art facility will service Brandon, MB and surrounding areas with truck and trailer sales, rentals, parts, and service and is slated to open in September of 2014. • In the latter part of 2013, a deal was finalized with Tereck Diesel Ltd. which gave Maxim a majority interest in the 12 bay heavy duty repair shop in Winnipeg’s East End. • At their Arne's Welding affiliate, an investment of $3 million has been made to construct a finishing shop and manufacturing facility for specialty trailers. Arne's Welding Ltd. is a wholly owned subsidiary and a manufacturer of trailers for the resource industry. • Land has been purchased and construction is scheduled to begin in 2015 on a new 60,000 square-foot retail dealership including parts, service, and sales in Edmonton for Summit Trailers, in which Maxim has a majority ownership stake.

"We're working on increasing our footprint. We're a service-oriented company. We want to service the one-truck owner in one town and also increase our network so we can service those customers in multiple provinces." said Doug Harvey.